Will Google Ever Fail? These Experts Say “Yes!”

The Roman Empire was considered invincible. The Titanic was regarded as unsinkable. Time and again in history, we have seen the downfall of things that seemed too successful to ever fail.

So what about Google? Will it be a household name for our grandchildren? Or merely a line in a history book? We asked experts in the industry to share their predictions. Here’s what they had to say: 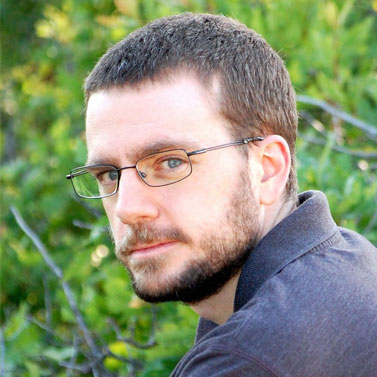 Matthew Edgar is a partner at Colorado-based Elementive, a consulting firm specializing in technical SEO. Author of Elementsof a Successful Website and TechSEO Guide, Matthew regularly speaks at conferences and teachesworkshops, including speaking at MozCon and teaching courses with O’ReillyMedia.

The short answer is yes because nothing lasts forever. Every big company that has ever dominated, tech or otherwise, has faded. The question is really when and how. While I don’t see Google going into complete oblivion anytime soon, I do think we could see them start to lose their dominant position.

This could happen for a variety of reasons, but my best guess is that Google will fail because of no-click searches. On no-click searches, instead of clicking on a result, people can get the answer from content presented directly on Google’s search result page. No-click searches now account for 50% of search results and are great for people searching on Google because they can get an answer right away. The catch, though, is that Google doesn’t produce their own content for these answers but instead sources this content from other websites.

Websites have so far been happy to provide this content to Google in exchange for traffic. But with the rise of no-click searches, Google is sending less traffic to websites. Because of this, many companies may be unwilling to let Google have access to their content–if not traffic, what are companies getting in return for sharing their content freely with Google?

If enough companies take their content away from Google, Google will be unable to deliver satisfying search results. This will, in time, drive people away from Google because the search results won’t be–can’t be–that good without this content. This would effectively destroy Google in the process.

Most people scoff at the idea that Google could ever fail, and, of course, the chances of this happening seem vanishingly unlikely right now.

However, when you take some broad points of comparison, you begin to see a bigger picture and understand that, ultimately, any business or organization can fail. But when it does happen, that fall from grace might not be as immediate and obvious as one might expect.

The full impact and fallout of this remain to be seen and might take years, but these recent issues might ultimately be pinpointed in future years as the beginning of the platform’s end.

Whilst the Facebook story hasn’t fully played out yet and we cannot say with any certainty that the brand is now on a downhill slide to the end of its natural lifecycle, it does tell us one thing – should a huge digital player like Facebook or Google ultimately fail, the process isn’t likely to happen overnight.

Could Google ever fail? Of course. But it might happen over such a long time period that by the time it reaches the end of its lifespan, it will go out with more of a whimper than a bang and will have already become largely irrelevant by then – like MySpace, or MSN Messenger. 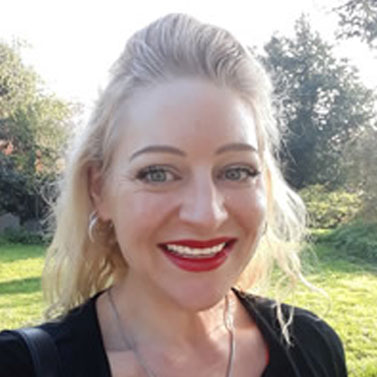 Polly Kay is a marketing manager at English Blinds. She has over a decade of experience as a digital marketing consultant and senior marketing manager, serving a diverse range of clients ranging from SMEs to large international corporations and household names. 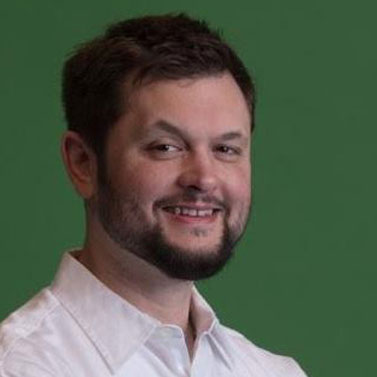 Andrew Selepak, PhD is a media professor in the department of telecommunications at the University of Florida.

Google has become so big that it is almost impossible for it to fail.

Google, at this point, can’t fail because it is synonymous with the web. The word Google is so connected to the web that it is no longer just a noun but a verb as well, as in, “Did you Google it?”

The only thing that could possibly stop Google’s success is its success. Google is an internet monopoly with no real rival in search, and it dominates the online video, email, web browser, and web advertising markets. The only thing that could stop Google would be if politicians view it as an unfair monopoly and break it up like the government once did with Standard Oil. But with Google’s money and political influence, the chances of it being broken-up by the government are very small, and instead it will continue to be like Microsoft and dominate the market for years to come.

As we speak, Google is investing incredible amounts of resources in the development of its AI. It is already switching from a search engine to an answer engine due to the increasing use of the voice search. It pushes the changes in user behavior to accommodate the new models it develops.

I trust that Google will find ways to evolve and change the ways it brings revenue so that it stays the giant that it is today. It has proven to be the most relevant search engine, and I doubt this title will be so easy to overturn. And definitely, no time soon. 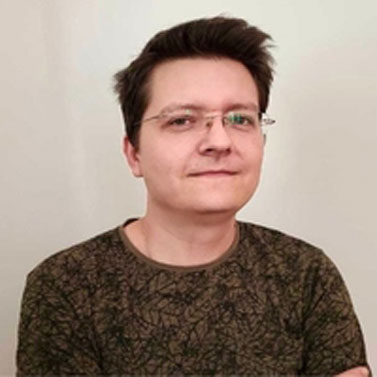 Igor Mitic is an experienced writer and content creator in the financial niche. He has extensive experience working with banks, insurance companies, and other institutions that create financial products and services. He is passionately sharing his knowledge as the Editor-in-Chief at Fortunly.com, a website dedicated to the simple explanation of financial matters to ordinary people.

Since the inception of Google Search, life has totally changed. We ask Google for assistance with everything from health tips to marriage advice. Google looks very powerful today, but things can turn around if it stops bringing new upgrades. Google has already released so many reliable assets, such as :

These are just some of the Google advantages, but competitors like Microsoft and Amazon are also bringing new updates to their platform. This means Google has to take further steps to enhance user experience. Amazon released Echo in 2014, which went viral. Google did the same later on by releasing a similar product called Google Home, and in two years, it had failed.

So the conclusion is, Google must continue to bring out new support tools to make the online experience better.

Every giant needs to fall at some point

At the moment, Google owns about 90% of the US search market. However, other search engines are slowly starting to chip away at this percentage. While I don’t believe Google will fail in the next decade, I do believe that every giant needs to fall at some point. Whether this be negative press leading to their downfall, decisions made by countries to remove the search engine (Great Chinese Firewall, for example) or another competitor emerging with better search technology is yet to be determined.

Audrey Strasenburgh is an SEO guru whose goal is to ensure her websites climb to the top of search results.

Simon is an SEO specialist and managing director of the multi award winning, London based SEO agency, Yellowball.

No company is too big to fail

History has shown that no company is too big to fail. Of course, banks are often more integrated with governments. As such, they tend to have a bit of a safety net (think RBS), but even Lehman Brothers was allowed to fail back in 2008.

There are two scenarios that I can see which would cause Google to fail, although only one has serious validity in the foreseeable future. The first is a competitor overtaking them, but with around a 90% global market share this seems fairly unlikely. The second is Google being restricted through competition laws.

Google is continuously expanding its reach. In recent years, the Big G has introduced functionality for flights, hotels and jobs directly in the search results. This has actually resulted in 23 job aggregator sites lodging a formal complaint with the European Union’s Competition Commissioner about Google’s unfair prioritisation of their own services. The EU has been heavy handed in its fining of Google, and they appear to be the only organisation looking to stem Google’s monopolisation of the search space. Will it result in Google failing? Probably not. What it will do however is to reduce Google’s rapid acquisition of screen time outside of direct search.

As is, with many new startups, they gain traction, then attention and then momentum and all of a sudden they’re omnipresent and no one can imagine a world without them. But eventually, corporate culture will take hold, lunches will no longer be free, and the cream-of-the-crop employees will have moved on to the next innovative thing.

The main issues that could see Google falter are its User Interface (UI) and data privacy. Many believe the ‘Material Design’ UI is sub-standard, and with years to come and waves of new technological talent, it could be displaced with a more streamlined and intuitive competitor.

Data is on everybody’s mind at the moment, data privacy especially. Google will have to work hard to reassure the population that their data is being handled with care and discretion and is certainly not finding its way into the hands of ‘big brother.’ With a growing sense of the dissolution of privacy, this could be Google’s Achilles heel.

Underwood is a digital marketing executive and SEO Specialist at YourParkingSpace.

The core is still there

In 2002, as Google was sweeping away information sites, an expert at a major publishing conference pronounced the Google threat over. He had visited Google headquarters and the rumor was they were diversifying into Google branded items like t-shirts. Over 15 years, the brand that stands for most efficient access to the best information is stronger than ever. Sure, they’ve diversified, but the core is there.

Have they taken their eye off the ball

So the question—have they taken their eye off the ball of providing the best information efficiently. Well, a couple of signs. Certainly they pay much more attention to their core revenue—Google ads—and growing that absolutely means making their information biased towards ad payers, who may not necessarily have the best [information]. More significantly, the density of ads has increased, and anecdotally, that certainly reduces convenience and trust on the part of users.

Secondly, ads can only occur when someone is selling something – and that encourages Google to bend towards answers that sell something. Again, not necessarily what the seeker actually seeks.

Thirdly, and probably what they are most worried about, a growing proportion of those seeking to buy something go directly to a search engine that is all about selling and only selling – Amazon. Google today has no major search engine competitors except in the one area where it makes money- searches involving buying something. A couple of years ago, 60%+ of those searches occurred on Google; today, less than 50% occur on Google.

So, yes, there are three sure reasons why Google might be on a road to failure. Balancing their commercial needs and the customer goals is increasingly tricky.