Will Google Ever Fail?

We’ve seen it countless times. Giants—whether they be corporations or empires or sports teams—take their place at the peak of power. Then, a few short years later, they go down in a blaze or simply fade into obscurity.

Right now, SEOs beat to the drum of the world’s most popular search engine, but can Google maintain its god-like status? We crowd-sourced the question to industry experts. Read their predictions below. 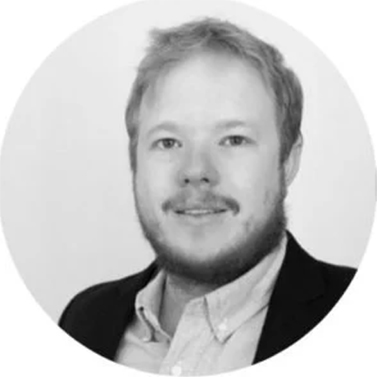 Brogan Renshaw is Firewire Digital’s Director and Founder. Before Firewire Digital, he spent a decade in e-commerce SEO and Google Ads. He is obsessed with digital marketing and football (soccer).

Will Google ever fail? Of course. No business can ever be guaranteed to be number 1 in their industry forever. If a competitor can come along with a better product than Google, it could happen. In saying that, I believe Google would have to make a drastic mistake in strategy to get the public offside, AND a competitor would have to have a quality search engine offering.

DuckDuckGo is best placed to take advantage of any Google missteps. They claim to not share any personal information on users. I really like this aspect of DuckDuckGo. The actual search engine itself provides a simple and clean user experience. Overall not a bad replacement to Google without providing your name, rank, and serial number.

Definitively, yes! The great Roman Empire failed, why wouldn’t Google? As long as companies are led by humans, each company is capable of failing. People fail when they fail to adapt to new conditions. It is the same with companies. At Google, they are dependent on ads as a revenue stream, and this might change. At this point, we can contour multiple scenarios, or we can just sit back and wait for it. 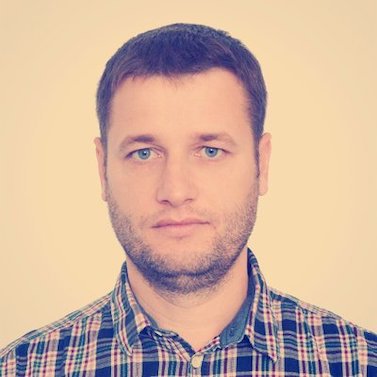 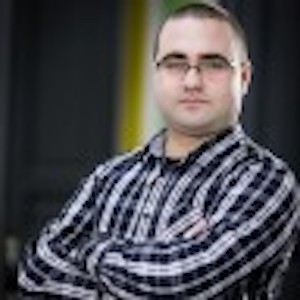 Olivian-Claudiu Stoica is an SEO expert at 123FormBuilder, a software company that helps businesses build online forms and surveys. He has been in SEO since 2015, loves data, and enjoys following the latest digital trends.

Google has failed multiple times if we look at all its failed products, such as Google Plus. And it will continue to fail, learn, and move onward. Most likely, Google’s search engine will remain on top for at least another 10 years. There are, of course, some events that can ruin this theory altogether.

The Foundem case against Google from the UK is one of those events where Google could be forced to reveal its search algorithm secrets to win in court. I cannot imagine the consequences of this outcome. The SEO community will explode, and user experience might suffer from the way we are going to do online marketing based on some robotic logic we’ve learned from Google’s search algorithm.

The Foundem case aside, Google has proven in recent years that it wants to collect information on the Web and display it in one place. This can either be a good or bad thing, depending on how you look at it. If you’re in e-commerce, you can still make sales in Google’s shopping carousel, but if you are a publisher, you might need to optimize your search snippets to avoid small click-through rates on your website. And Google is constantly AB testing and changing its search engine, from design to the algorithm itself.

It’s hard to tell for sure if Google will fail for good one day. It’s a probability if we look at Google as an empire, and there have been empires that collapsed in ancient times. But we live in different times where people are technology-dependent, and Google is still leading the information-demand market.

Google has a while left at the top

There’s a chance that Google will fail eventually, however it will most likely be replaced by a competitor. As long as the internet lives, there will always be a need for a search engine. Google’s ancillary services like Google Shopping and Local Search could be replaced by specialist products, but at its core, Google has a while left at the top.

Jason Scott is a Freelance SEO Specialist at JCS Digital. 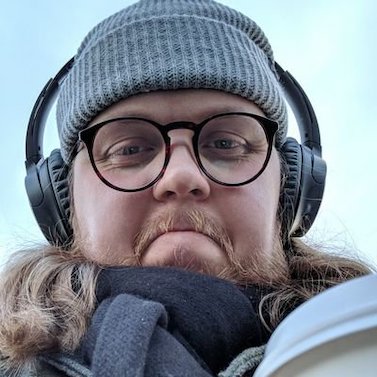 Having started in link-building and developing into a Tech SEO and account manager for some huge corporate brands, Tristan is now Head of SEO at ASSISTED. He works with a range of SME’s and large corporate organizations with a particular focus on the financial services and tech/retail sectors.

The path is two-fold

It’s a big question for sure. There is a certain path that Google could take that I believe would lead to failure, at least in the search space. That path is two-fold, prioritizing profits over the user and removing all benefits to content creators. The latter we’ve seen with gradual increases in the use of ‘clickless’ search results and the development of richer search results. The former is an area I think Google stands to lose the most from; if they lose pace with the needs of their user base, be this through a prioritization of paid content (something I believe people are becoming more aware of) or a relaxing of their standards, users will eventually move onto other engines and there are plenty of those.

I don’t personally believe that the above is likely to happen however and “Google It” will continue to be commonplace in our lives. Google understands there will always need to be a balance between earned and paid content in the search results and is acutely aware that users keep the lights on, so pushing that relationship too far is a dangerous game for them.

One relation they hold most, if not all of the cards in, is with content creators. Wherever the users are, the industry will follow, so any idea of a content creator boycott or a migration away from Google as a focal point for SEOs as a result of a loss of benefits, i.e., site traffic is highly unlikely.

I do, however, believe Google’s biggest challenge at the moment likely resides somewhere in the increased awareness users have of their personal data and their digital privacy. Increases in users for engines like Duck Duck Go and browsers like Brave mark a change in search behavior. In not addressing this, Google stands to lose the more ‘aware’ users.

So in short, Google won’t fail, unless it doesn’t adapt to the increasing awareness of users and the change in user behavior towards things like privacy online.

I personally think that Google is unlikely to fail anytime soon, especially as long as organic search is still a thing. As an SEO professional, I am constantly amazed at how Google’s algorithm forms semantic connections and phrases search queries better than humans. Not to mention that our entire productivity suite is provided by Google. As long as they keep evolving and maintaining their culture of inventiveness, Google is unlikely to fail in the next 10-15 years. They have the best minds and infrastructure, and they practically gift people with amazing technology. 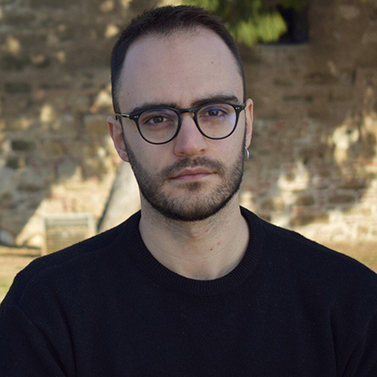 George Mouratidis is a SEO Content Manager at Stasher. 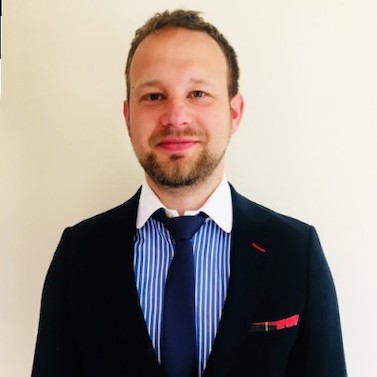 Filip Silobod has been an SEO person for the last 5 years. He started as an SEO intern in a digital agency in Ireland and started his own [agency] in 2019. Web: Honest Marketing

Too big to fail

I don’t think Google will ever fall, because it’s “too big to fail”. The fall of Google is the fall of Alphabet and that is just too big. It is possible, stranger things have happened. In that case, Google’s technology will be transferred to another company that will continue doing what Google did.

I think the company is not just about Google the search engine, but many other AI projects that cost millions of dollars and are used in research, military, etc. Of course, there isn’t much competition in the English search engine world. Bing is much less accurate than Google in terms of providing quality search results. DuckDuckGo is an interesting alternative that has found its niche, and with the increase of Google’s scandals about privacy, it will continue to grow and perhaps overtake Bing.

No, I can’t imagine

No, I can’t imagine a scenario where Google fails. Google is the number one search engine in the world. They also own YouTube, the second largest search engine. YouTube doesn’t have any serious competitors in the video space. Even as digital content transitions to mostly video, Google will still be at the top of the food chain. 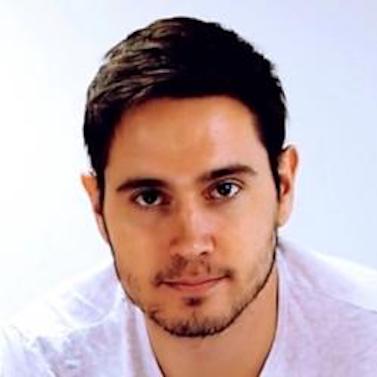 David Lynch is the Content Lead for UpPhone, a cell phone and cell phone plan comparison website. He has been doing SEO since 2016.

Donovan Gow is the founder and owner of House and Tool, a website offering home improvement advice and power tool reviews.

I don’t think Google will ever fail

They are simply a juggernaut in the space. Just this last quarter, their revenue was up 17% from a year ago which is just amazing growth for such a large, multi-billion dollar company.

Not only do they control online advertising through a near-monopoly on the search engine space, but they also control the rules on who gets ranked and how. Think about it; the entire SEO industry exists primarily to try to figure out how to do well in Google rankings. Add to this that we’re not just talking about the U.S. here as more than half of Google’s revenue comes internationally these days. Basically, there’s no way to beat the dominant player in the game when they also get to set the rules.

Google is here to stay

Google won’t fail. They will always find a way to adapt and survive. As there become more and more murmurs of antitrust issues with Google, the question is not if the search engine will ever be shut down, but rather where they are headed next.

Google+ was a fail in its longevity, but the mere presence of it led to thousands of SEOs completely changing their clients’ strategies to adapt to what it thought Google wanted. Google Ads drive large amounts of revenue, but did you know Google also bought YouTube?

Google’s net has been cast and continues to expand, so although certain SERP features like hotel and airline bookings, weather information, People Also Ask, and featured snippets may or may not see a reduction based on zero-click search negativity among the search community, Google adapts and SEOs right along with it.

Google is here to stay; it just might not look the same…it never has.

Andrew Prince came to Coalmarch in November 2019 with three years of experience as an SEO manager. As a member of the SEO team, Andrew enjoys providing technical knowledge and critical thinking to the role.

Brett Downes is a freelancer who has gone from in-house to agency to now running his own successful business. A geek before it became trendy, find him here: harohelpers.com

Yes, if Duck Duck Go has anything to do with it. Privacy is becoming a massive issue for Google at the moment, and people are very slowly migrating to Bing and DuckDuckGo.

DuckDuckGo would be our choice as they have got their privacy laws locked down. Google and Facebook have been taking a hammering in the press and [received] massive fines by the courts, so if DDG or another search engine approached this with the right marketing, they could look at making a decent dent in taking business from Google.

Another worthwhile mention is Ahrefs, widely known as the best link SAAS software out there. They announced their plans on building a search engine over six months ago. However, nothing has been heard since, which has led me to believe they are working behind the scenes. They certainly have the capital to do so, and they already have the trust of consumers.